Focus on LIKE south to North Water Transfer Project

On May 28, 2020, LIKE valve won the bid for the procurement project of Neixiang water supply project of Nanyang water supply supporting project in the water receiving area of South-to-North Water Transfer in Henan Province, which has contributed to alleviating the shortage of water resources in northern China, realizing the rational allocation of water resources, ensuring the sustainable development of economy and society and building a major strategic infrastructure of a well-off society in an all-round way. 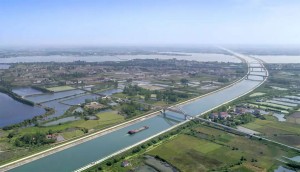 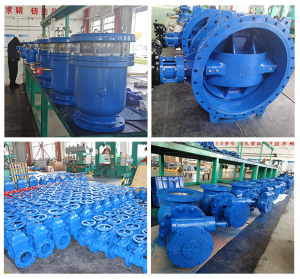 The South-to-North Water Transfer Project is a large-scale water conservancy project in operation in China. Abundant water resources in China’s Jianghuai River Basin are transferred to North China and Northwest China, aiming to change the situation of waterlogging in the South and drought in the north and serious shortage of water resources in the north, and promote the coordinated development of economy, society, population, resources and environment in the South and North. The project crosses the Yangtze River, Huaihe River, Yellow River and Haihe River. It is the largest inter basin water transfer project in the world, with a total investment of more than 500 billion yuan. 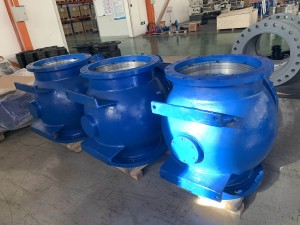 Eccentric hemispherical valve is used in the South-to-North Water Transfer Project. Eccentric hemispherical valve is a relatively new type of ball valve. It has some unique advantages of its own structure, such as no friction of switch, difficult wear of seal and small opening and closing torque. This reduces the size of the actuator. Equipped with multi rotation electric actuator, the medium can be adjusted and cut off tightly. It is widely used in petroleum, chemical industry, urban water supply and drainage and other working conditions requiring strict cut-off.

Eccentric hemispherical valve makes the valve unblocked or blocked by rotating the valve chain. The ball valve has the advantages of light switch and small volume. It can be made into a large diameter, reliable sealing, simple structure and convenient maintenance. The sealing surface and spherical surface are often closed, which is not easy to be eroded by the medium. It has been widely used in various industries.

① The eccentric hemispherical valve is a top mounted structure. The valve installed on the pipeline can be directly inspected and repaired online, which can effectively reduce the shutdown of the device and reduce the cost.

② The eccentric hemispherical valve is a single seat design, which eliminates the problem that the medium in the valve cavity affects the use safety due to abnormal pressure rise.

③ The valve stem with low torque design and special structure design can be opened and closed easily with only a small handle.

④ There is no friction between opening and closing. This function completely solves the problem that the sealing of traditional [wiki] valve [/ wiki] is affected by mutual friction between sealing surfaces.

In the new 21st century, LIKE people will adhere to the corporate vision of “LIKE in the world, a trusted provider of fluid control solutions at home and abroad” and the business philosophy of “quality creates value”, and vigorously carry forward “strict, meticulous, practical and effective” And strive to build a learning enterprise with leading ideas. And is willing to work with people of insight to make greater contributions to the take-off of China’s valve industry and the progress of human civilization!